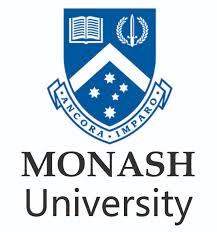 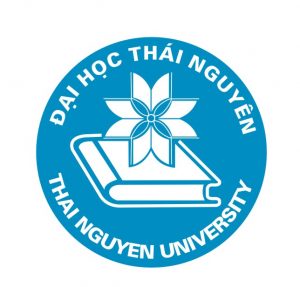 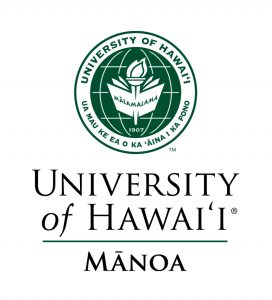 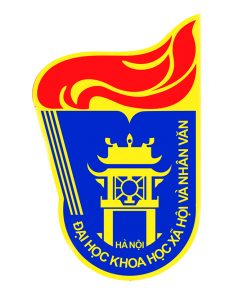 THE 5th “ENGAGING WITH VIETNAM: AN INTERDISCIPLINARY DIALOGUE” CONFERENCE

To create a different experience for all those who have participated in the Engaging with Vietnam Conferences over the past years and for those who are new to the conference, we, for the first time, moved the conference venue out of Hanoi and to Thai Nguyen, a province in the Northeastern part of Vietnam, two hours drive from Hanoi. Thai Nguyen is a truly multilingual, multicultural and multiethnic region with so much to offer and to stimulate our intellectual exchanges. Also, for the first time, the Engaging with Vietnam Conference offered its participants the option on the day after the conference to participate in a field trip to a cultural museum, villages and farms in Thai Nguyen to give them opportunities and inspirations to enable multi/interdisciplinary research work and to engage with Vietnam more fully through field observations.

The first “Engaging with Vietnam: An Interdisciplinary Dialogue” conference was held in 2010 at Monash University and featured Vietnam-related work by Vietnamese and international researchers and research students in Australian universities and organizations. The second and third conferences moved to Vietnam, and saw the added participation of scholars and research students based in Vietnam, Southeast Asia and various other countries around the world. For the fourth “Engaging with Vietnam” conference we moved our centre of gravity once again in order to involve new participants, and also to gain the inspiration which comes from moving beyond familiar boundaries. The 4th Engaging Vietnam Conference continued the traditions developed in the three previous conferences in Hanoi and Melbourne emphasizing policy-relevant interdisciplinary and international academic research and dialogue between Vietnamese and foreign scholars interested in Vietnam. One of the key identities of the Engaging with VN Conference Series is its interdisciplinary research rigour that places knowledge, research and scholarship as well as policy-research dialogues at the core of its agendas.

This year marked the 40th anniversary of the establishment of diplomatic relations between Vietnam and Australia. Over the course of the previous four decades, not only had Vietnam and Australia developed close ties on multiple levels, but Vietnam had also become much more integrated with the rest of the world as well. 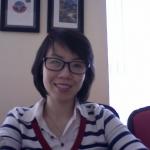 Dr. Phạm Quỳnh Phương graduated from Faculty of History, Vietnam National University. In 2005 she received her PhD in anthropology from La Trobe University, Melbourne, Australia. After 2 year postdoctoral research in National Universty of Singagore, she has returned to work in Vietnam as a senior researcher at the Institute of Cultural Studies, Vietnam Academy of Social Sciences.  She has done several researches on popular religions, cultural changes, gender issues among ethnic communities, and transgender in Vietnam. She has also involved in teaching anthropology and cultural studies. 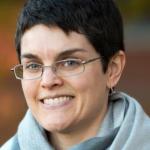 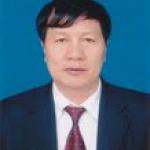 Dr. Dang Van Minh, is an Associate Professor and Vice-President of Thai Nguyen University, receives his PhD from University of Saskatchewan, Canada and his MSc from Khon Kaen University, Thailand. He has extensive teaching experience in the field of agronomy, soil science and rural development. He is also an expert in agro-forestry and agriculture livelihood for mountainous people. He has experienced working in various rural development projects located in mountainous regions though out Vietnam, especially in the Northern Mountainous Region. He has been also a short-time consultant and participated in monitoring and evaluation activities for various rural development projects in Vietnam funded by GOs and NGOs, such as FAO (1996), Radda-Barnen (Save for Children of Sweden) and CIDSE (1995-1997), ADB (2003), Oxfarm Britain (2003), WB (2005), Danida (2009). He also has experienced in community based development with participatory approach. He has conducted a lot of work in VDP and CDP training and development. He can do a good job in not only field survey in agriculture, but also in education and infrastructure evaluation in rural development projects. 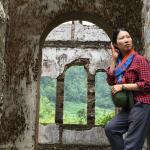 Dr. Phan Lê Hà (Phan is the family name), is a Full Professor in the College of Education, University of Hawai’i at Manoa, USA. Professor Phan also holds adjunct positions at universities in Vietnam and Australia. Her expertise includes language-identity-pedagogy studies, knowledge mobility and production, TESOL, and international and higher education. She is the founder of Engaging with Vietnam, which since 2009 has brought together policy makers, researchers, and professionals working in a wide range of countries and organizations to engage with Vietnam-related scholarship from inter- and multi-disciplinary perspectives and approaches. She looks forward to your helping the Initiative to blossom and sustain itself as a continuing rigorous dialogue.

Phan Le Ha’s expertise, knowledge and experiences are largely informed by her work in Asia, Australia, the Middle East, and North America. She has been supervising/advising research projects at Honours, Master’s and PhD levels on a wide range of topics, including identity studies, English language education in global contexts, transnational/offshore education, and the internationalisation of education more broadly.

Her publications can be found on:

Professor Phan is currently developing a new interest in engaging with the arts, the media and the digital world to produce multimodal multidisciplinary scholarship and to push research and knowledge production into new directions. 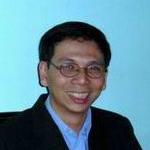 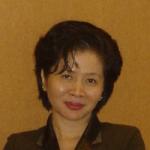 Dr. Nguyen Kim Dung is the Vice Director General in charge of international relations and research in higher education, educational assessment, evaluation and accreditation of the Institute for Educational Research (IER), Ho Chi Minh City University of Education. She has been working for IER for more than 10 years. Kim’s expertise includes educational management, leadership in education, quality assurance and accreditation, research in education, educational assessment, evaluation, student evaluation and teaching methods. She has served various clients including The Ministry of Education and Training, departments of Education and Training, universities, colleges and schools in both public and private sectors. She has built and participated in extensive quality networks in Vietnam, both at central government and local levels in Ho Chi Minh City and Hanoi.
Dr. Kim Dung has extensive experience with transition in education management, gained in Australia, the US and Vietnam. She has published numerous articles on various educational issues in leading educational journals, both international and national such as Quality in Higher Education, Educational Review and Education Science.
Having assisted many customers in both public and private sectors, international and national, Dr. Kim Dung has built sound relationship with the Vietnam Government agencies at both central and local levels, and has extensive network with foreign professional networks and organizations in Ho Chi Minh City and Hanoi. 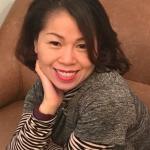 Dr. Lê Thùy Linh (PhD, Education, Monash University, Australia) has been a lecturer at Hanoi National University of Education (HNUE), Vietnam since 1999. She is currently the head of the English department at Baxter Institute and teaching TESOL at Monash University in Melbourne, Australia. She has been actively involved in English language training and teacher education through her work with various professional development projects in Vietnam and Australia over the last 18 years. Her research interests include Teacher Education and Teacher Identity, Pedagogy and Assessment in TESOL, Professionalism in ELT, and recently Vocational Training and Education (VET). 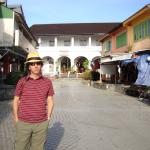 Dr. Liam Kelley is an Associate Professor in the History Department at the Univeristy of Hawaii at Manoa. His research and teaching focuses on mainland Southeast Asian history, and premodern Vietnamese history. He has published a book on envoy poetry (thơ đi sứ), co-edited a book on China’s Southern frontiers, and published articles and book chapters on the invention of traditions in medieval Vietnam, the emergence of Vietnamese nationalism and spirit writing (giáng bút) in early twentieth century Vietnam. He has also completed English translations of the outer annals (ngoại kỷ) of the Đại Việt sử ký toàn thư and the Khâm định Việt sử thông giám cương mực. Dr. Kelley is currently writing a monograph on the modern search for Viet origins and developing his arts-inspired interests on knowledge production which can be found on his personal blog (leminhkhai.wordpress.com) and its associated YouTube channel.

Dr. Liam Kelley, since 2011, has been co-developing the Engaging with Vietnam initiative with Dr. Phan Lê Hà. 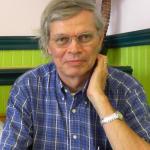 Dr. Ben Kerkvliet is Emeritus Professor at the Department of Political and Social Change, School of International, Political & Strategic Studies, Australian National University (ANU). Prior to working at ANU, he worked at the University of Hawaii at Manoa for almost 20 years. Professor Kerkvliet has produced numerous works on agrarian politics in Southeast Asia and is currently doing research on local reactions to major recent national policies in the Philippines and Vietnam. His is the author of The Power of Everyday Politics: How Vietnamese Peasants Transformed National Policy (Ithaca: Cornell University Press, 2005) and the co-editor of Beyond Hanoi: Local Government in Vietnam (Singapore and Copenhagen: ISEAS Publications and NIAS Press, 2004) and Getting Organized in Vietnam: Moving in and around the Socialist State (Singapore: Institute of Southeast Asian Studies, 2003). 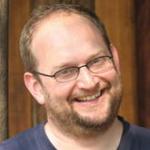 Dr. Peter Zinoman is Professor of History at the University of California at Berkeley. His research interests include the cultural, social, and political history of modern Vietnam and the history of 20th century Vietnamese literature. His works include The Colonial Bastille: A History of Imprisonment in Vietnam, 1862-1940 (Berkeley: University of California Press, 2001) and a translation (with Nguyen Nguyet Cam) of the colonial-era novel, Dumb Luck (Ann Arbor: University of Michigan Press, 2002). He is currently writing a book on Vu Trong Phung and the emergence of modernism in Vietnam. Professor Zinoman is also one of the co-founders and the former Editor-in-Chief of the Journal of Vietnamese Studies. 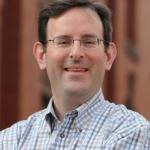 Dr. David Del Testa is an Associate Professor of History at Bucknell University. He is the author of ‘Paint the Trains Red’: Labor, Nationalism, and Vietnamese Railroad Workers in French Colonial Indochina, 1898 – 1945 (forthcoming), and such articles as “On the Intimate Edge of Empire: Challenging Representations of Colonial Vietnam’s Métis Community,” “Automobiles and Anomie in French Colonial Indochina,” “Vinh, the Seed that Would Grow Red: The Making of a Revolutionary City in French Indochina,” and “S’adapter pour ne pas être expulsé: les manifestations paysannes de Vinh en 1905” [Conformity over Eviction: Peasant Protest in Vinh in 1905]. He is currently engaged in a project that will utilize a GIS (Geographical Information System) to re-examine the 1930-1931 uprising known as the Nghe Tinh Soviets. 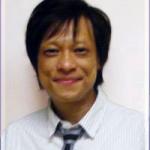 Dr. Bao Dat is a pedagogist, visual artist and song composer. He provides visual illustrations for textbooks and writes music as a hobby when life inspires. Dat lectures at Monash University and conducts research into creative pedagogy with implications in curriculum design. His recent book Understanding Silence and Reticence (Bloomsbury, 2014) reflects his view on how silence can sometimes become the most meaningful sound in the mind.

Associate Professor Dr. Phan Văn Quế is Dean of the Graduate School of English Language Education, Hanoi University of Business and Technology (HUBT), Vietnam. Prior to this, Dr. Phan was Vice President (Academic Affairs) and Dean of the Faculty of English and Modern Languages, Hanoi Open University. He was the Governing Board Member of Vietnam to SEAMEO SEAMOLEC from 2001 to 2011.

Phan Văn Quế is the recipient of several projects funded by the Ministry of Education and Training, Vietnam, including those in the areas of foreign language policy and distance education in Southeast Asian countries.